The protective part of the portfolio should be increased at times of increased volatility, says Grigory Ostrovsky, senior portfolio manager at Sber Asset Management. One of the basic approaches to rebalancing a portfolio during a period of high volatility is to increase the share of cash in the portfolio until the situation on the market stabilizes, says Marat Reichel, Finam Investment Advisor. 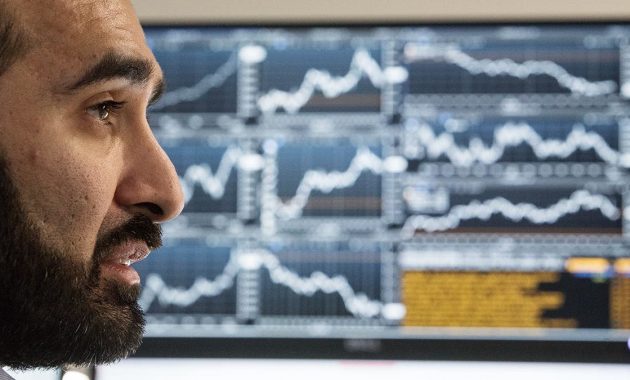 During a period of high volatility in the portfolio, it is useful to have a large share of relatively conservative instruments – bonds and shares of large companies that have sufficient liquidity and a wide investor base, says Kirill Komarov, head of the investment analytics department at Tinkoff Investments. Such an approach will make it possible not to lose a large part of the portfolio in the event of a correction, and the liquidity of the instruments will allow the portfolio to be rebalanced without unnecessary costs if, after a correction, assets that have fallen in price appear on the market.

The defensive portfolio, says SberCIB equity market strategist Dmitry Makarov, should consist of 80% bonds and 20% stocks, while the risky portfolio has 30% of the defensive part. Personal broker “Opening Investments” Andrey Grebenkin, in the stage of pro-inflationary growth, advises to distribute the assets in the portfolio as follows: 61% of stocks, 30% of bonds, 6% of cash and 3% of alternative investments (gold). The share of foreign shares can be 35%, Russian – 26%, foreign currency bonds – 12%, Russian bonds – 18%.

Even under the most negative scenario with military actions and sanctions, the Russian stock market remains attractive, experts say. Russian commodities companies will begin reporting under IFRS, which could be an additional driver for the growth of securities, as companies are expected to have historically record results, Grebenkin said. He considers Lukoil, preferred shares of Tatneft and Gazprom Neft to be the most interesting to buy.

Despite geopolitics, market participants are worried about inflation, and there is no better way to protect against it than commodities, says Evgeny Malykhin, partner, head of the investment department at Aton Management. In the past few months, the Russian stock market (70% of which is accounted for by commodity companies) has been falling on the back of geopolitical risks. As a result, the expert says, shares are cheap, although the market situation is favorable. This leads to an increase in the dividend yield of securities, the expert believes: for the shares of the blue chips of Lukoil and Gazprom, it may exceed 20%.

SberCIB stock market strategist Dmitry Makarov considers it reasonable to include dividend stocks (MMK, Severstal, Norilsk Nickel, Gazprom, etc.) in the risky part of the protective portfolio. Such companies generate high cash flow, and dividend yields can be comparable to bonds, so this asset class is better protected from market volatility than ordinary stocks, he explains.

Grebenkin advises to pay attention to the banking sector, which is heavily sold out on the news about the next sanctions, primarily on the shares of Sberbank and VTB. Also, against the backdrop of a correction in the shares of American technology giants, he considers the papers of Yandex and Ozon to be relevant.

With the VIX fear index rising by 30%, exchange-traded funds, both sectoral and broader, may be the best option for a retail investor to invest in stocks, Alfa Capital analyst Yulia Melnikova believes. According to her, due to the high level of diversification, volatility is reduced and there is no risk of an individual issuer.

Investors should pay attention to the RSX ETF (the largest exchange-traded fund in the US that invests in Russian assets), which practically copies the RTSI index, says Grebenkin. You can consider ETF IPAY (invests in payment systems and fintechs and follows the Prime Mobile Payments Index), ETF AWAY (in offline and online tourism), ETF SKYY (in cloud technologies and services), ETF KWEB (in the largest Chinese IT -companies), ETF EMQQ (in e-commerce in emerging markets).

Komarov from Tinkoff Investments believes that ETFs for the Russian market and ETFs for European stocks look interesting now, which are cheaper relative to US stocks and have good recovery potential.

SberCIB analysts advise to pay attention to ETFs of sunk sectors – these are cybersecurity, fintech and green energy, says Makarov. For unqualified investors, the ICLN US green energy stock fund, the CIBR US cybersecurity sector, and the FINX US fintech stock are available. You can also look at ETFs in the markets of individual countries, for example FinEx DAX Germany UCITS ETF, which invests in the German market, and FinEx China UCITS ETF, which targets the Chinese market.

Makarov proposes to include short corporate papers in the bond part of the protective portfolio. These can be ruble bonds of STLC 001P-04, TMK O-06, AFK Sistema 001P-18 or Eurobonds of Norilsk Nickel (NorNik 23-04), Phosagro (Phosagro 23-04), Sovcomflot (SCF 23 -06), as well as OFZ with a floating coupon. To include in the protective part (30%) of the risky portfolio, he recommends “long” OFZ. Such an asset will receive support when inflation stabilizes, which may lead to a softening of the rhetoric of the Russian Central Bank.

Long OFZs are the first to suffer from geopolitics, Komarov agrees, so he advises buying short bonds or corporate papers, in which the negative reaction is usually less reflected. For an investor who is waiting for further growth in inflation, issues with a variable coupon (pegged to the RUONIA rate, which varies depending on the Central Bank rate): OFZ 29006 or OFZ 29008 are suitable.

Against the background of the decision on the rate (the Central Bank raised the key rate to 9.5% last week) and geopolitics, short OFZs up to three years give a yield of 10.1%, for maturities of more than 15 years to maturity, a yield of 9.75% can be fixed, Grebenkin notes from “Opening Investments”. He is sure that now is a unique moment for fixing the yield in short OFZs, which gives a positive real yield at the start (inflation is the instrument’s rate of return).

Ostrovsky from Sber Asset Management recommends keeping no more than 10% of the entire portfolio in gold. The same opinion is shared by Kleshchev from VTB My Investments.

In addition to the stabilizing function, since the end of September last year, gold has been gradually going up, playing the role of both a protective and profitable asset, says Elena Kozhukhova, an analyst at Veles Capital. The prospect of tightening the Fed’s monetary policy is putting limited pressure on the metal, which makes sense to hold in the medium-term portfolio at prices above $1,750 an ounce (fixing below may signal a change in trend to a downtrend). In the event of increased geopolitical tensions, one can think about increasing the share of gold in the total volume of investments, says Kozhukhova.

In order to stabilize the portfolio, it makes sense to invest in “gold” ETFs that focus on the dynamics of gold prices, while investing in shares of gold mining companies (both directly and through funds) will be more risky due to the increased volatility of such assets, Kozhukhova notes. . Grebenkin advises using ETF GLD (physical gold, no dividends) or ETF GDX (the largest gold mining companies) as an element of diversification – in the second case, you can get a bonus in the form of dividends.

Ostrovsky recommends using cash to form a financial cushion. According to Komarov, against the backdrop of the current high inflation, the currency should be used only situationally, for buying assets that have fallen in price on correction. Holding the currency for the medium and long term is not optimal now, the expert believes.

Grebenkin sees a threat to the portfolio in the presence of shares in the energy sector, distribution networks and utilities. The cost of network maintenance is growing, but the increase in tariffs above inflation is regulated by the state. This leads to lower margins for companies and less interest from investors, the expert says.

Prices on the market for oil, steel and some other materials are now close to peaks or even starting to decline, says Komarov: the risk can quickly materialize in the event of sharp movements by the US Federal Reserve and at the first sign of cooling inflation. Vasily Karpunin , head of information and analytical content at BCS World of Investments, warns investors against short positions in Russian blue chips.